Over at the Register: St Augustine’s Church Gets More Historic 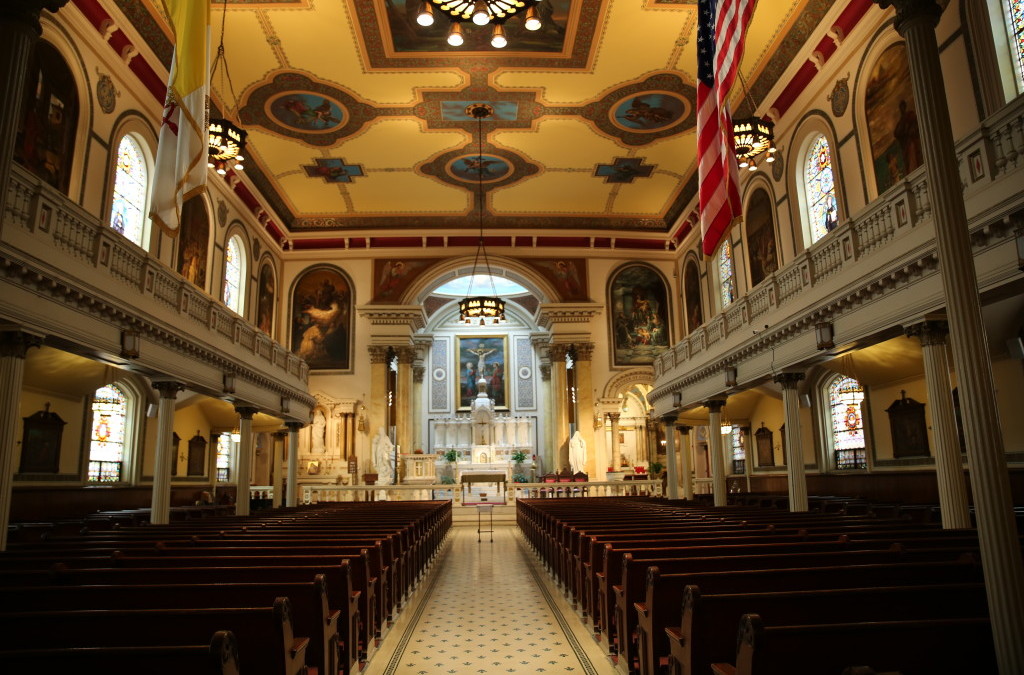 I forgot to post this article I wrote a little while ago for the National Catholic Register. Enjoy!

It is the first foundation of the Augustinian Order in the United States (1796), and at the time, it was the fourth and largest Catholic Church in Philadelphia. The original church was burned down on May 8, 1844, during the anti-Catholic and anti-immigrant Nativist Riots of 1844. As a result of that experience, William Penn’s “Holy Experiment” was tested in the courts, and the Philadelphia Police Department was created. In 1922, when the Benjamin Franklin Bridge was built, the entire area around the church was lowered, changing the position of the original front door. Movie buffs recognize its interior as the setting for pivotal scenes in the movies The Sixth Sense and Shooter.

Recently, Old St. Augustine’s received another historic recognition, this time by the Philadelphia Historical Commission. The magnificent frescoes that adorn the church’s ceiling, which were painted in 1848 as the church was being rebuilt after the fire destroyed the first church, are some of the oldest frescoes in the entire country. Considering how difficult it is to create and maintain a fresco, this is a real feat.

Father Bill Waters of the Order of St. Augustine, the church’s pastor, spoke recently about what that means.