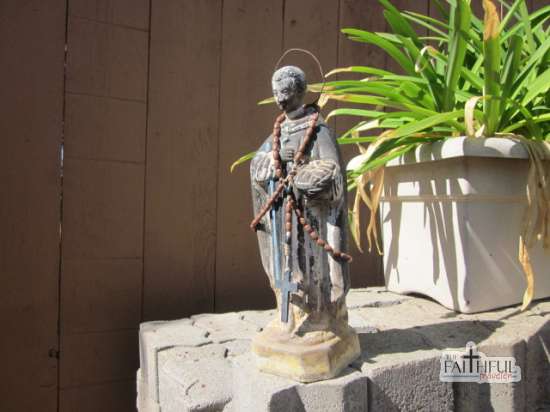 For as long as I’ve known, my mom has had this statue of St Martin de Porres. She doesn’t know who gave it to her, and she’s not quite sure why she has it. But he’s still there. She took the photo above yesterday for this post.

When I was growing up, his home was “on the divider”, which is what we’d call the little ledge cut into the wall that separated the kitchen from the living room. I don’t know when he made his way to the backyard, but next time I go home, I’m rescuing him and giving him a bath. He needs that and a paint job. Maybe a new nose, too.

The funny thing is, as much as I love St Martin because he watched me grow up, I have never bothered to find out who he is or why he holds that broom. Until now, that is.

Today is his feast day. A day before my mom’s birthday. Maybe that’s why she has the statue…?

St Martin was born in Lima, Peru, where they speak Spanish, which is why he is known as San Martin de Porres (his name is a wonderful opportunity to practice rolling those “r”s!). Born in 1579, Martin’s father was a Spanish gentleman and his mother was a freed black slave from Panama. His father abandoned the family shortly after the birth of Martin’s sister, and his mother did what she could to raise her two children alone.

As a boy of mixed race, and one born to an unaccepting father, Martin was often called by the ugly words of illegitimate mulatto. As hurtful as these names must have been for him, he always seemed to remain a kind and loving young man who often turned to prayer.

As a boy, Martin was apprenticed to a barber/surgeon, who taught him to cut hair and to take blood. At age 15, he joined the local Dominican order as a donado, or lay volunteer, because as a person of mixed race, he was not allowed to join the order as a full member. As a donado, Martin performed all of the menial tasks at the Priory, which is why he is always seen with a broom in hand.

As the years went on, Martin not only proved useful with a broom and scissors, but he helped out wherever he could–in the kitchen, doing laundry, and cleaning whatever needed to be cleaned. He grew to be well loved at the Priory, and after eight years, they decided to ignore the unjust law and allowed Martin to make his vows as a member of the Third Order of St Dominic. Eventually, they even let him wear the habit of the Dominicans.

After Martin was assigned to the infirmary, miraculous healings began to occur under his care. He cared for everyone, regardless of their age, race, or station, and he was patient and loving with everyone.

One story tells of the day Martin met an old beggar, who was barely clothed and covered with festering ulcers. Martin took him by the hand and led him to his own bed, giving the man a soft place to rest in his agony. When one of Martin’s fellow brothers complained about what the filthy, stinking beggar might do to the state of Martin’s bed linens, Martin responded,

“Compassion, my dear Brothers, is preferable to cleanliness. Reflect that with a little soap I can easily clean my bed covers, but even with a torrent of tears I would never wash from my soul the stain that my harshness toward the unfortunate would create.”

Despite the fact that Martin’s daily tasks were menial, he is known to have done them all with love and patience, and as a result, his life was filled with extraordinary gifts. It is said that, sometimes, when he prayed, he levitated and an otherworldly light filled the room around him. Many people swore that they were with him when he was known to be elsewhere–like Padre Pio, he had the gift of bilocation, being at two places at the same time. And, like Padre Pio, he also had the gift of miraculous knowledge and the gift of healing. 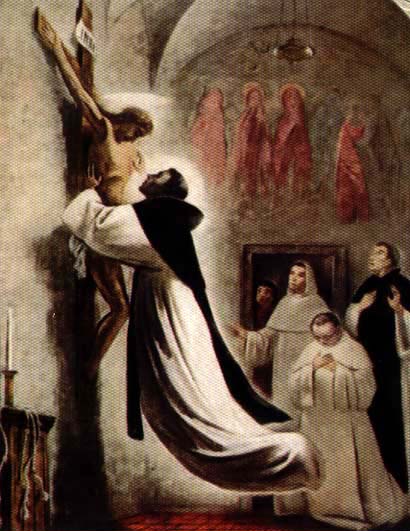 One gift has become part of his symbolism–it is said that he had a wonderful rapport with animals. You might call him the Mouse Whisperer! As the story goes, one day, Martin discovered that there was a mouse party going on in the linen closet, where a huge group of mice were devouring the new linens. Martin swept up a mouse in his hand and said to him something along the lines of, “Hey little dude! This has to stop! Grab your chums and head on to the backyard, and I will feed you there every day if you promise never to come back into this closet!” The mouse scurried away, grabbed his chums, and off they went. Martin kept his word, and so did the mice.

Today, whenever we see him in images, he is usually pictured with a dog, a cat, and a mouse at his feet, sometimes eating out of the same tray or sometimes just hanging out together, showing that he sought peace, no matter what you were or where you came from.

I always love finding out when saints know other saints, and Martin was actually a friend of St Rose of Lima, a fellow Dominican and the first saint of the Americas!

St Martin de Porres had a great love for the crucifix and the Eucharist, which also explains why he is often seen with a cross in his hand, like in the beautiful statue created by the Dominican artist Rev. Thomas McGlynn, OP., which you can see  at Providence College in Providence, RI. 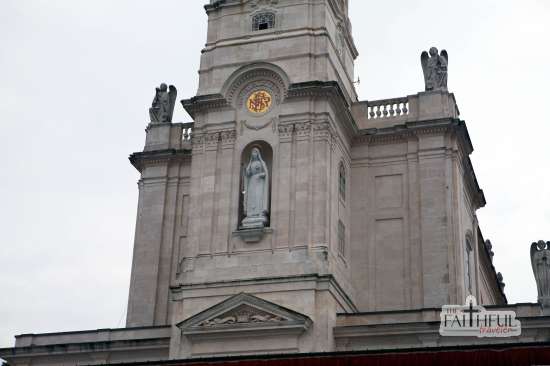 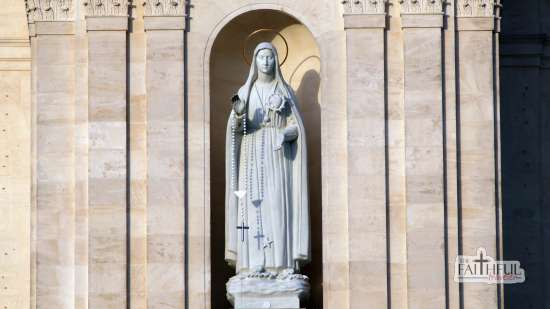 “Saint Martin, always obedient and inspired by his divine teacher, dealt with his brothers with that profound love which comes from pure faith and humility of spirit. He loved men because he honestly looked on them as God’s children and as his own brothers and sisters. Such was his humility that he loved them even more than himself, and considered them to be better and more righteous than he was.

He excused the faults of others. He forgave the bitterest injuries, convinced that he deserved much severer punishments on account of his own sins. He tried with all his might to redeem the guilty; lovingly he comforted the sick; he provided food, clothing and medicine for the poor; he helped, as best he could, farm laborers and Negroes, as well as mulattoes, who were looked upon at that time as akin to slaves: thus he deserved to be called by the name the people gave him: ‘Martin of Charity.’”

Lastly, I know that some of you don’t speak Spanish, but I figure that those of you who do might appreciate this little movie I found about St Martin de Porres (hat tip to the Order of Preachers Vocations blog!). It’s in Spanish, but I think even the non-Spanish speakers might understand what’s going on. This was filmed in 1961, and it seems to have been called Brother Martin de Porres, the Saint of the Broom.

I have always hated sweeping. Now I think I might change my tune. Thank you, St Martin.