St Jerome and the Church of St Catherine of Alexandria 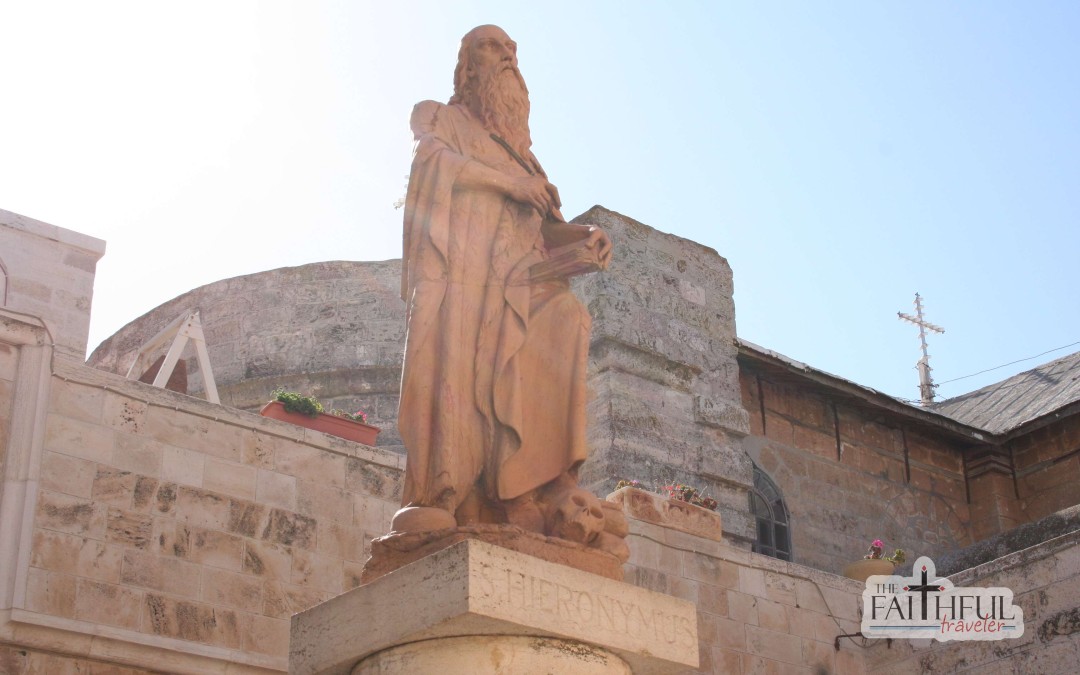 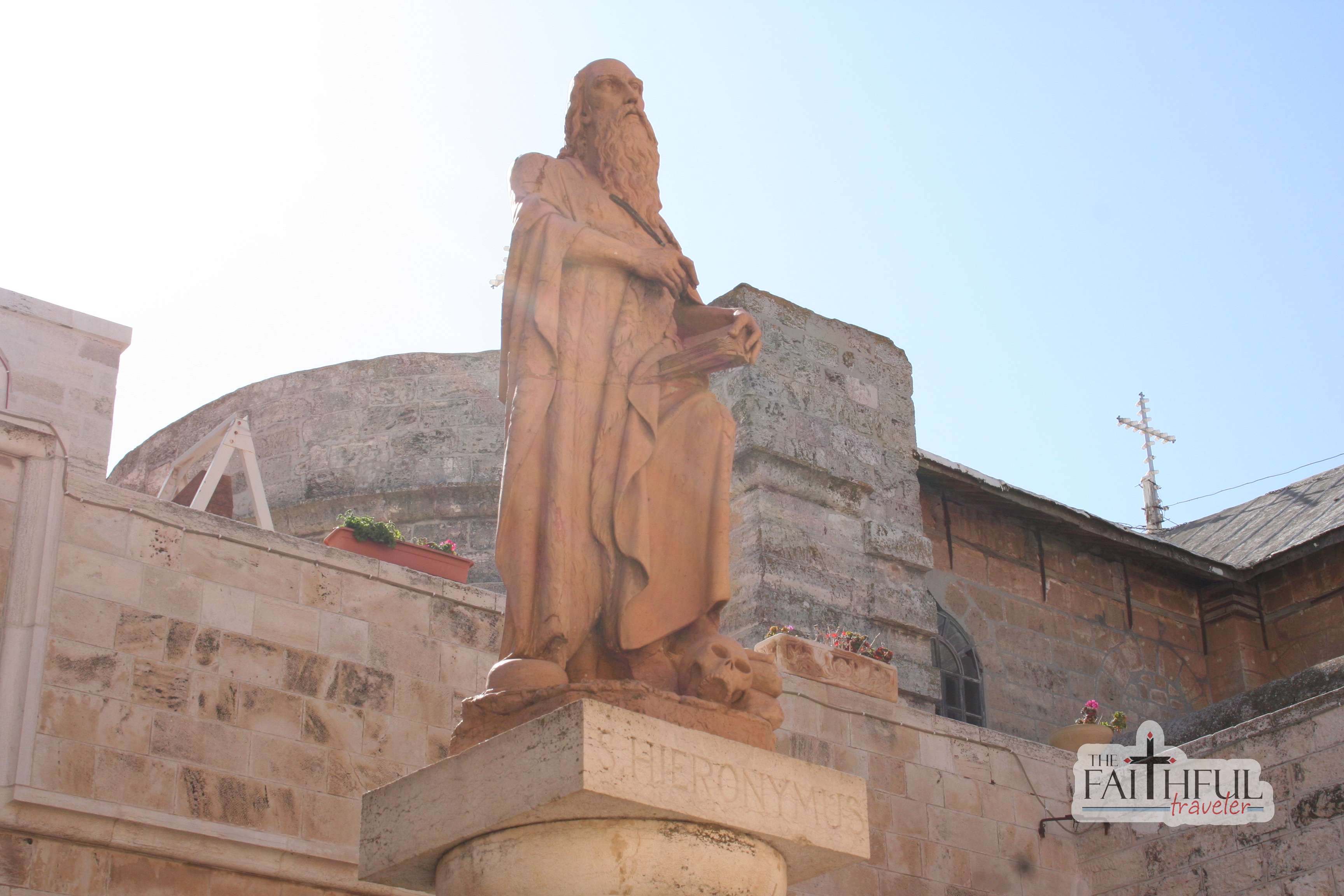 Did you know that St. Jerome is the patron saint of librarians and of translators? In Latin, his name is Hieronymus—which I love—and every September 30th, on the memorial of his death, translators around the world celebrate International Translation Day! How awesome is that?

Today, I’d like to show you to the cave in Bethlehem when he spent the last thirty years of his life, creating his magnum opus: translating Hebrew and Greek manuscripts into the Latin Vulgate Bible.

The Church of St Catherine of Alexandria is named after St Catherine because it is believed to have been built over the spot where Jesus appeared to her and told her about her martyrdom (c. 310 A.D. The spiky Catherine wheel is named after her, although it didn’t end up killing her. She was beheaded.). The church is connected to Bethlehem’s Church of the Nativity—they actually share a wall—where it is believed that Jesus was born. The Church of St Catherine is the parish church for Bethlehem’s Catholics, where the Latin Patriarch celebrates Christmas Mass every year and where, with special permission, pilgrims can celebrate Christmas Mass year round!

Read the rest at http://spiritualdirection.com/2014/09/30/st-jerome-bethlehems-church-st-catherine#ixzz3EnPpQfZs