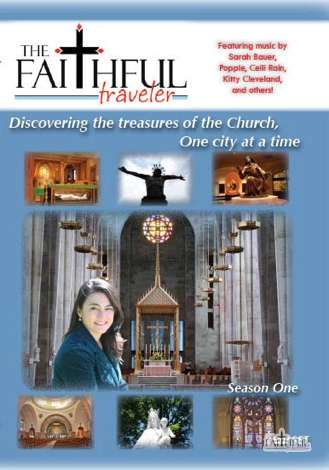 William Newton, an online acquaintance, fellow ND Law alum, and just all-around awesome guy recently said he’d be happy to review our 2-DVD set. I’ll be honest. I was nervous sending the DVDs to William. He’s one of those people you admire online—you know the people whose blogs you read, and you think, “Oh my gosh… I could never write anything like that… how does this person think like this…? Why don’t I think like this…?”

LOL. Yes, it happens. I am often just amazed at the intelligence of some people, and William is one of them. In fact, it amazes me that I graduated from the same grad school that he did. Either I’m not as dumb as I think, or Equal Opportunity Admissions were in full force back in my day… (for those of you who don’t know know me, trust that this is truth in jest).

ANYWAY. Enough about me. Let’s read what WILLIAM says about me! LOL. Well, not me, really, but the show. Today he posted the most magnificent review of our 2-DVD set. It brings me so much joy, not because it’s positive, but because it is clear that William GOT IT. He understood what we were trying to do with the show—with the music, the stories, everything. It all has a POINT, and he got it. And that makes me happy. He didn’t get lost in nitpicking my clothes (which some, including me, do), he didn’t focus on the fact that we only covered place on the East Coast… (if you have, check out my earlier blogs which explain why). He just GOT IT. And that rocks.

Some time ago I was (virtually) introduced to Diana von Glahn – a fellow Notre Dame Law alum – who, along with her husband David, was working on a television film project entitled “The Faithful Traveler”. The series explores a number of the Catholic cathedrals, monasteries, and shrines in the United States, looking at their history, art and architecture, and in the course of so doing explores the lives of the people involved in the construction and use of these sites, as well as the theology behind their layout and decoration. One of the key elements in these films is to encourage people to make pilgrimages to these places, and in so doing help the pilgrim to understand and experience more deeply the Catholic faith.

Diana and David’s work in putting this series together inspired me to finally put fingers to keyboard and begin work on my other blog, Catholic Barcelona, which debuted last autumn. Fortunately no one has asked me to be on television, as I would be horrid in front of the camera, but the von Glahns’ example encouraged me to take up the work of cataloging in English the history of the numerous Catholic historical sites in the city of Barcelona. I continue to do so with the similar hope of encouraging pilgrims to visit these places, which are too often overlooked by guidebooks.

Unlike yours truly, however, Diana is very comfortable in front of the cameras; her friendliness, her painstaking research, and her deeply held faith come shining through in this series, which was broadcast on EWTN. Now the entire EWTN series is available on a 2-DVD set to purchase through The Faithful Traveler website, and I want to strongly encourage my readers to consider obtaining a copy for yourselves. Among the 13 pilgrimage sites visited in these films are St. Patrick’s Cathedral in New York (including both the old and new Cathedrals); the very distinct Cathedrals of Baltimore and Newark; the shrines of American saints St. Elizabeth Ann Seton, St. Katherine Drexel, and St. John Neumann; and many others. Each of the episodes provides visitors with tours of the sites, as well as interesting history about the growth of the Catholic Church in the United States, and pauses to reflect on the teachings of the Church and their impact on the life of the faithful Catholic, from the Eucharist to Confession to the Incarnation.

While united by a common purpose, each of the shows differs slightly from the next, thereby avoiding a kind of formulaic narrative that is too often apparent in most travel programs. The music used in the films reflects a broad diversity of styles, from contemporary to traditional, and in many instances featuring the choirs of the featured pilgrimage spots themselves. Diana takes the viewer around the main public areas of these sites, but also gives us access to parts of these buildings which regular visitors may not normally get to see, or pauses to show us something which we might otherwise miss unless we had done careful research before our arrival.

For example, being something of a habitué of the Soho/NoLITa area of New York City, I have been to Old St. Patrick’s Cathedral previously. However I had never understood why there was a great wall built around the church, or why it had been preserved following the development and expansion of Manhattan northward; the anti-Catholic riots of the 1830’s and the part the parishioners of the Cathedral played in defending the site is explained in detail in the episode dealing with the church. Similarly, I had never noticed that there was the grave of a bishop outside the entrance to the building, and Diana paid a gracious tribute to the man buried outside of it in explaining why he rests where he does.

In the visit to the magnificent Gothic Revival parish church of St. Alphonsus Liguori in downtown Baltimore, the building is allowed the opportunity to speak to us through loving shots of the myriad of elaborate details that characterize the structure, and what a stunning structure it is. I have not been to Baltimore for some time, but the overwhelming beauty of this church has placed it at the top of my must-see list for the next time I get to Charm City. It is very likely that but for this series, I would probably never have heard of this place.

Yet this episode, like the others in the series, is not just about looking at pretty pictures: it is about the people associated with it, as well. The opportunity is taken in the film to sit down with its pastor and lay director of development to talk about the history of the parish, its connection with St. John Neumann and Blessed Francis Seelos, as well as how the parish has changed over the years and what it means to the people of Baltimore today. And you will not soon forget the charming sight of a very small boy with very thick spectacles, attempting to conduct the parish choir in the choir loft.

While her energy and enthusiasm will endear Diana to young adults, children and adolescents, this is by no means a program designed for younger people; it is certainly universal. The breadth of the material and the excellent production values will appeal to any age. Diana never over- or under-estimates the viewer’s knowledge and understanding of theological subjects, church history, or art and architectural terms. Even someone like myself, who knows a fair amount about the terminology and construction methods used in church building, found myself surprised to learn a number of interesting facts about topics such as the use of color in ceiling decoration and the meaning of iconographic symbols which I had seen but never thought about previously.

Whether you are interested in learning about the history or artistic efforts of the Catholic Church in America, in planning pilgrimages to some of the shrines located on this side of the pond, or simply having a spiritual retreat from the privacy and comfort of your couch, The Faithful Traveler is a series which will not disappoint. You will learn a great deal, but I daresay you will also be encouraged to visit the places featured in this series – even if you have visited many times before – and look at them with new eyes. It is a series which will serve individuals, parishes, schools and groups as a wonderful teaching tool, and also as a touchstone for meaningful conversations and reflections upon our Catholic Faith.

And if you haven’t bought your DVDs yet, what have you been waiting for?! 🙂