Over at the Register: Our Lady of Knots and Pretzels 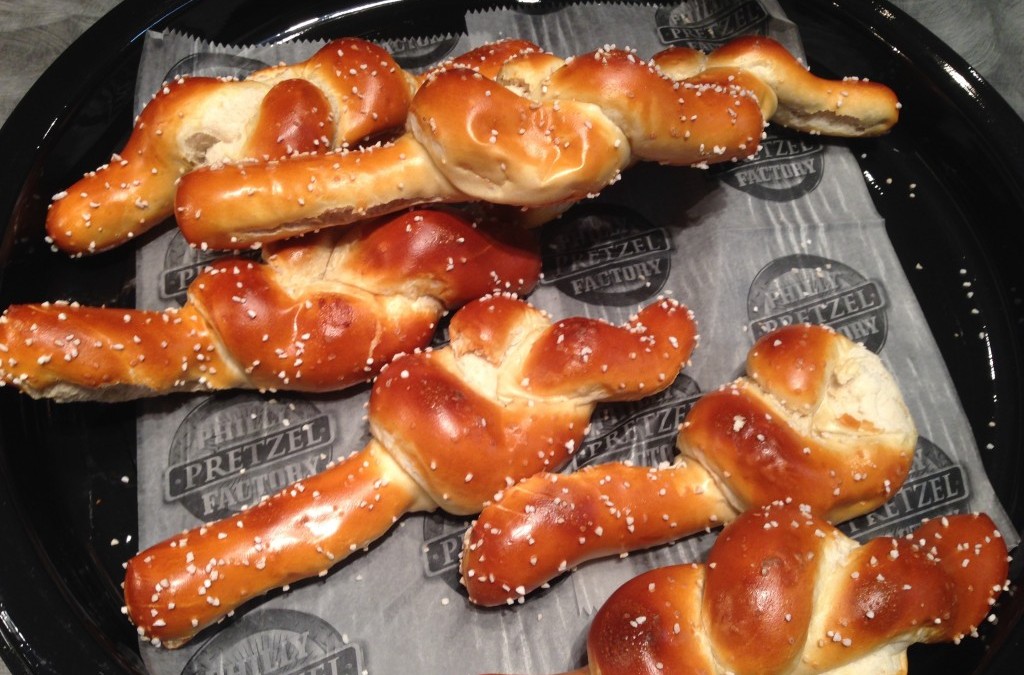 I have clearly not been on my blogging game. I forgot to post this one, too.

How Our Lady, Undoer of Knots Inspired Papal Pretzels in Philly

It all started with a pretzel. Or was it a book?

Perhaps the Blessed Mother — under the title of Our Lady, Undoer of Knots — can help me straighten this story out.

I first learned about the 17th-century devotion to Maria Knötenloserin — Mary, Untier (or Undoer) of Knots — shortly after Cardinal Jorge Maria Bergoglio became Pope Francis. He told of his own devotion to Mary under this title, which he discovered during the time he spent in Germany in the 1980s. There, he first encountered the image of Mary, carefully undoing a series of knots in a blue ribbon, surrounded by angels and crushing the head of a serpent.

Unlike many devotions to the Blessed Virgin, this one doesn’t come from an apparition, but from the words of a saint: St. Irenaeus of Lyons once wrote, “The knot of Eve’s disobedience was loosed by the obedience of Mary. For what the virgin Eve had bound fast through unbelief, this did the virgin Mary set free through faith.”

This quote inspired Johann Schmidtner to paint the image that now resides in the Church of St. Peter am Perlach in Bavaria, Germany, and which continues to inspire our Papa. It is this image that gives hope to many who look to the Blessed Mother for her intercessory prayer, trusting that her advocacy for us in heaven is a continuation of her ability to undo the toughest of knots created by our own sins and difficulties.